Ingrid died in hospital two days after being pushed out of a second floor window by her companion - who was suspected of exploiting and mistreating her.

She was a sex worker and activist of the trans association Luchando Unidas por el Futuro. 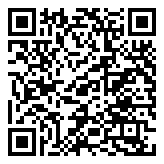