Lady Oscar was killed in her own apartment in Barrio El Rincon and set on fire. Her body showed wounds of several stab wounds.

Neighbours reported to have seen two men running out of the apartment after it was set on fire, around 1 am. Relatives assume that Lady Oscar was stabbed and subsequently burnt. They say that no valuables were in the apartment, and that a month earlier, three men called Pununao, Loretao and Chamorrao attacked Lady Oscar and injured her in the throat. 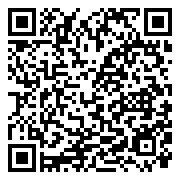