Paige's body was found in an alley behind the 4500 block of West Jackson Boulevard in the West Garfield Park neighborhood. She had been shot in the forehead.

One block east of the Citgo, a rusty viaduct crosses Madison at the corner of Kenton Avenue. It was under this viaduct that some of the transgender women who were engaged in sex work (locally referred to as "on the stroll") with 23-year-old Paige Clay say they last saw Clay getting into a car with an unknown man or group of men. On April 16, 2012, Clay's body was discovered half a mile away from the viaduct in an alley in the 4500 block of West Jackson. She had been shot through the head.

An LGBT advocate and former child welfare worker who asked to be identified as "John" told Windy City Times that he was the man who identified Clay's body at the morgue and then had the task of informing her family of her death—a memory that haunts him to this day.

"Paige loved life. She was a strong-willed individual," he told Windy City Times. "Paige wanted to work in the fashion industry. Paige had the skills to be successful on so many levels but didn't have the services and support mechanisms around her to do that and that's why she had to resort to the kind of life that she had. We have a public school system that has let trans people down. It's not inclusive enough to trans individuals and is doing nothing help nurture them. Trans women of color come out of it totally unprepared and they have to rely on prostitution as a means of survival. We may not like to think about it, but it's their truth. It's their reality. It was very disheartening for Paige to go on job interviews in retail stores and—even though she was very well put together and more than qualified to do the job—to be denied because she was trans." 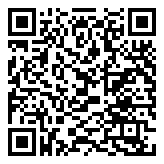