Dayana was killed by her abusive partner. He then robbed her and fled.

Dayana had managed to build a beautiful life in Santa Cruz. She had established a feminine affective space in the village, had a successful business, lived in a rented room in Plan 3,000, sent money to her family, and had collected the sum that would allow her the vaginoplasty operation, the definitive one.

She also had some affective relationships and some neighbors of the village courted her. The fact is that Álex Villca, a potosino migrant, appeared in Dayana's life and they became a couple in a short time. Dayana, in love, took him to live in his room and gave him a job at the Sensational nightclub. The neighbors say that he was a violent guy, but their relationship continued.

A happy moment for Dayana was when the groom introduced her to her sister, that is, to her family. Delighted to have, at last, a public relationship, Dayana included her beloved's sister in her life and in her work. The three lived in the room of Plan 3,000 and the three worked in the jukebox.

On the day of the murder, Álex's jealousy and irrepressible desire for control manifested itself, showing that what they call romantic love that includes pleasure, alcohol and dancing, but also jealousy, shouting and beatings: taking Dayana by the hair, throwing her to on the ground and tieing her hands and feet; grabbing a bottle, breaking it, and using that piece of glass make a cut that almost killed her; before making several cuts with a knife. The scene continued with her trying to defend herself, trying to get the strings out of her hands, and he, unpunished, burning her with a cigarette in various parts of the body.

This torture had a witness called Graciela, girlfriend and not Álex's sister. Graciela not only looked, but participated in the murder. Between them they wrapped the tortured body with a blanket and left it in the bathroom to bleed it. They locked the door with the refrigerator, stole the money from the jukebox; They went to Dayana's room, where the three of them lived, continued to steal and finally left for the bus terminal.

The next day the neighbors found the body and called the mother telling her that Dayana, her daughter, had died. The mother thought it was a hoax call; her son's name was [deadname] and he did not know any Dayana. The call was repeated, and she was told that [deadname] had died.

In November 2017 the 15th Judgment Court of Santa Cruz sentenced Alex Villca Valdivieso to 30 years in prison for Dayana's murder. 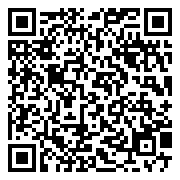