Jessica was attacked by two young men when she was leaving a bar, and one of whom stabbed her in the shoulder, armpit, and back.

Although wounded, she was able to walk down Avenida Jerusalem before falling on the corner of Rua Thebes with Jericho.

A security camera near the site captured footage of the attack. Shortly afterwards Tarley Antônio Nascimento was arrested and confessed to the crime. Authorities claim he stated that he murdered Jéssica because she was transgender.

Sargeant Teodoro testifies that “The images are clear and he confessed as soon as we arrived at the scene. He also confessed in front of his fathers and stated the motive as trivial, futile: she was transgender, they had previous disagreements and he decided to settle the score. 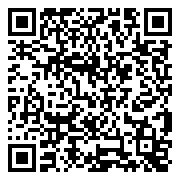