Giovanna was reportedly linked to the local organised crime scene. Police said he had been forced to kneel and had then been shot three times, twice in the head, in an execution-style killing. His body was found half buried in a ditch in remote countryside. 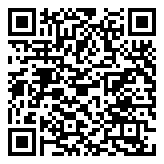