Jiratchaya died from brain asphyxia after a lung collapsed during a botched breast enhancement operation by an unlicenced surgeon.

The surgeon (who was operating out of a legitimate-looking clinic) has been arrested and charged with manslaughter.

According to the bangkokpost Jittheerapirom doesn’t have a medical degree but felt sufficiently trained after observing the operation performed by licensed doctors. Jittheerapirom was arrested on manslaughter charges which are punishable by up to 15 years in jail.

The outwardly impressive, confidence inspiring “Divine Clinic” which some Thai media referred to diminutively as “backstreet” was open for 8 months illegally after failing to obtain a permit in April. 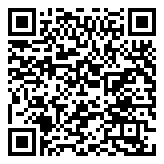