Reinaldo was a drag artist. They had been missing for four days when their body was found beheaded in their bathroom.

Police said there were bloodstains in the house and suspect that the murderer locked the front door to delay the discovery of the body.

According to Nildo Correia, from the Gay Group of Alagoas (GGAL), Reinaldo was gay and performed as character named Adrielly Reys. “He was missing four days ago and leaves us a legacy of great wisdom and cultural richness,” lamented the leader of the group.

“Alagoas LGBT scene says farewell to Reinaldo (makeup artist and one of the first trans performers of Alagoas). Rey as he was called by his friends gave life to the character ‘Drielly Reys’ in the nights of Maceió. He has spent a season in Europe and has always lived in the midst of fashion and entertainment.” 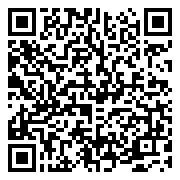