The victim's body was found in scrubland wrapped in plastic sheeting with signs of having been tortured. Their genitals and limbs had been mutilated.

The report to 911 arrived at about 9:45 in the morning, when several people who cast the role in Supermanzana 318, right where that subdivision is divided with the colony El Pedregal, realized that there was a naked body and traces of torture, wrapped in plastic.

It was confirmed that the body had a cut in the neck, a wound in the left hand, as well as severe blows in the face, another cutting injury in the nose, in addition to chafing in the wrists as if it had been tied. 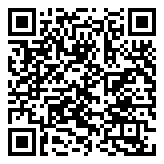