Vittoria's body was discovered in a condominium garden on the afternoon of Saturday 30th March by a resident who saw her feet sticking out of the grass.

What we do know, however, is that her name was Vittoria, she was Brazilian, she had an unspecified age between 40 and 50 years and that she did not enjoy good health either physically or psychologically.

"Vittoria was not well, either physically or mentally, she seems to have stopped caring and decided to abandon herself to death - Cristina Leo, of the Lazio Trans Coordination, writes on Facebook - I don't know much else, I don't know if it's all the truth, but the loneliness that reigns on those sidewalks at night is destructive for those who find themselves alone against the world in a country that is not their own, in a daily struggle for the survivalâ€¦"

Her cause of death is unknown, but the circumstances are considered suspicious.

Horror in a park at the Prenestino. The body of a trans woman was discovered Saturday afternoon, around 2 pm, in a condominium garden in via Franco Angeli, right at the intersection with Viale Palmiro Togliatti. The macabre discovery was made by a resident who, while walking, had glimpsed the feet of the corpse sticking out of the grass.

Terrified, the tenant called 112, signaling the presence of a person on the ground who had perhaps fell ill. When medical staff arrived in the garden with the ambulance, the scene that appeared to them was macabre. A body already in a state of decomposition - thanks to the heat of the day - half-naked and in a supine position, lay in the garden. The body did not have any noticeable cutting wounds or injuries but its state of advanced putrefaction did not make it possible to establish the exact cause of death. The coroner described the time of death to be in a period ranging from eight to twenty-four hours before the body was found.

Agents of the Prenestino police station and detectives of the homicide section of the Roman mobile squad have interviewed inhabitants of the area all day yesterday so there has been a bustle of people coming and going from the scene : they were questioned to attempt to give a name and a face to the trans woman, who it cannot be ruled out may have died elsewhere and then dumped there by someone.

A few meters from where the shocking discovery was made, in 1993 the body of Giuseppina Morelli was found, a twenty-seven-year-old sex worker who occasionally worked on Viale Palmiro Togliatti. The girl, who lived in Tor Bella Monaca, had disappeared two months earlier. 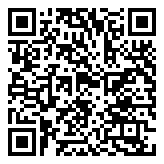