Chynal's body was found after someone called the police to report a body in White Rock Lake. Police reported that her body showed “obvious signs of homicidal violence”.

A second black transgender woman was found dead over the weekend in Dallas. This past Saturday, police found the body of Chynal Lindsey, 26, in White Rock Lake after someone called police to report a body in the lake.

Hall said that Dallas Police have reached out to the FBI to help with the investigation because of a possible connection to another trans woman who was murdered in the Dallas area.

“We are concerned, and we are actively and aggressively investigating the case,” Hall said.

Last month, Muhlaysia Booker was found shot to death in Dallas. A month prior to being murdered, she was beaten by a mob that shouted anti-LGBTQ epithets like “That’s what your faggot ass gets” and “Get that faggot out of our hood.”

A grand jury in Dallas County charged a young Hispanic man with the murder of a transgender woman found dead at White Rock Lake in Dallas on June 1.

Rubén Alvarado, 22, remains in the Dallas County jail on $ 500,000 bail and investigators say he refuses to cooperate with the investigation.

However, a murder charge filed today reveals more details about Lindsey's death, specifically that investigators believe Alvarado drowned and hit Lindsey with his hands, a belt and other object that caused blunt trauma to the woman's body. .

The accusation did not include any information about the reason for the attack, but police said Alvarado's phone contained GPS data that showed the device in the exact place where Lindsey's body was recovered.

In November 2021 Alvarado was convicted and sentenced to 32 years in prison for Chynal's murder. 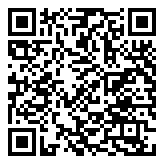