Alexia died on the way to hospital after being stabbed by her neighbour Jeniffer. They had earlier argued after Jeniffer took exception to Alexia feeding Jenniffer's dog.

In the early hours of this Saturday morning (29), TV Centro Sul channel 177 BRISANET and the website Iguatu.net were searched by hundreds of internet users, who were looking for information about a homicide case whose victim was an iguatuense [trans woman] known as Alexia Freires.

The TV report and website contacted the Civil Police of Minas Geris and obtained information about this case.

Around 9 pm this Friday (28th) in the center of the city of Betim, Minas Gerais, a team from the Military Police received information about a [trans woman] who was lying on the ground and losing a lot of blood.

When the military arrived at the scene, they noticed a large number of people gathered around the victim who was already being assisted by SAMU.

Alexia was taken to the Regional Hospital but she was dead on arrival, having suffered several perforations in the body, and in the neck in the carotid artery.

Jeniffer Fernanda was arrested by police. 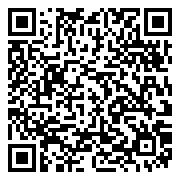