E.'s body was found in her bathroom on Tuesday 7th April. She was hanging from a rope with a cut to her neck and had died around 10 days earlier.

[Deadname] Grosu (23), a Moldovan national living in the Nazilli district of Aydin, was found dead 3 days ago in her bathroom. The lifeless body of the woman, hung on the ceiling with her throat cut, was discovered [10 days] later.

Police were informed about the bad smells coming from the apartment house where trans individual [deadname] Grosu lived in Hürriyet Cd. in Dumlupinar District. Police teams, who came to the address on the evening of April 6, called a locksmith when she did not open the door despite them pressing the bell. Police teams entered the house with the help of a locksmith and found Grosu hanging from the ceiling with a rope.

It was determined that the trans person had died and had a cut to her throat. While determining that the corpse was about 2 weeks old, neighbors said that they heard that the transgender had been talking to someone by crying loudly on the phone 2 weeks ago, and then they did not see her.

The police examined Grosu's social media accounts and mobile phone. They found that Grosu had shared a bloody photo, which showed a cut to her throat shortly before his death, with the status 'AO killed me' on the phone's WhatsApp account. Police launched an investigation to capture AO and interview them about the death of the [trans woman], who it was learned had told her friends that she would 'commit suicide'. 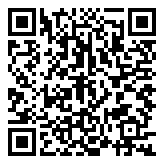