Lea died in Cuyahoga County Jail after being wrongfully jailed by a transphobic judge. When picking up her belongings her mother found a letter denouncing the conditions there.

Lea was homeless at the time of her arrest.

In Cleveland, Ohio, a 28-year-old transgender woman, who died in her cell at Cuyahoga County Jail last month, left a hidden letter denouncing the jail’s horrid conditions. The letter was found by her mother after picking up her daughter’s belongings. In the letter, Lea Daye wrote prisoners were served food that was cold, smelled bad and tasted like cleaning chemicals. Daye said the jail also failed to provide cleaning supplies and that the conditions had only gotten worse during the COVID-19 pandemic.

At a virtual press conference on 4th September local community representative expressed their anger over conditions at the jail.

Anger over the tragic death of 28-year-old Lea Rayshon Daye in Cleveland’s Cuyahoga County Jail came out forcefully in a virtual press conference held Sept. 4. Daye’s was the second jail death here in less than two months and the 11th in two years. Found unresponsive in her cell Aug. 30, the Black trans woman died in a city deemed “an epicenter for America’s trans murder crisis” by an Aug. 17 op-ed piece in the Cleveland Scene.

Like Michael Wormick, who died in the same jail on July 8, Daye was houseless at the time of her arrest. Her death spotlighted the intersectionality of racism, transphobia, poverty and mass incarceration.

The news conference featured speakers on all these issues, including representatives of the Coalition to Stop the Inhumanity at the Cuyahoga County Jail, Northeast Ohio Coalition for the Homeless (NEOCH), Equality Ohio, Trans Ohio and the LGBT Community Center of Greater Cleveland.

Rev. Reegie Bunch of the Jail Coalition condemned “the final indignity of misgendering” by jail authorities and then the news media. Ellie Turan, the Community Center’s Director of Development and author of the above mentioned op-ed, called Daye’s death “an extension of lynching.” Gwen Stembridge of Equality Ohio pointed out that half of all Black trans women spend time in prison, and Chris Knestrick of NEOCH added that 30% of transgender people experience homelessness and declared that “housing is a human right.”

Devinity Jones, founder and coordinator of the Community Center’s Trans Wellness Program, spoke movingly about her own experiences with the so-called “justice system.” When she appeared in court to pay a fine, a transphobic judge wrongfully sentenced her to 60 days in jail after making blatantly bigoted comments. In jail, she was subjected to a range of abuses.

Jones was celled with a cisgender male prisoner. Like numerous other prisoners she slept on a mat on the floor, was fed horrible food, had inadequate medical care, was denied basic hygiene and was abused by the vicious guards known as “the men in black.” A guard sexually assaulted her while she was taking a shower. Several years ago her friend Mahogany, also a Black trans woman, died in jail when authorities denied her anti-seizure medication.

On 3rd September the statement below had been released by the North East Ohio Coalition for the Homeless:

Cleveland, OH, September 2, 2020—The Coalition to Stop the Inhumanity at the Cuyahoga County Jail, Equality Ohio, The Northeast Ohio Coalition for the Homeless, and The LGBT Community Center of Greater Cleveland decries the loss of another life at the Cuyahoga Jail: Lea Rayshon Daye, a black trans woman. At only 28 years old, she was found unresponsive by correctional officers early Sunday morning. Lea joins ten other people who have passed away in the Cuyahoga County Jail, which has been called “the worst in the country” by the US Marshals inspection report.

“Transgender people are being murdered across the United States and the City of Cleveland has one of the highest rates based on our population,” said Maya Simekfrom Equality Ohio. “The system that continues to fail Black, brown and LGBTQ+ Ohioans is completely inept when interacting with those at the intersection of race and LGBTQ+ identity by not protecting them, especially in state custody.”

After society failed Lea, the final indignity was being misgendered in death. Lea spent the last 105 days of her life in the custody of a system that could not even afford her the basic dignity of releasing and reporting to the public her correct name and gender after her passing. Those that knew her said that she would have hated that.

With reports about increased “red zoning,” a practice of locking people down for 27 or more hours in their cells and withholding basic hygiene items, it is clear that the issues within our jail have not been addressed. The jail population hovers around 1,000 people and even though the staff has increased to a robust size, we have seen two more inmate deaths in the last month alone and the death of a correctional officer who contracted COVID-19 while working at the jail.

“Even the cleanest and most well-staffed jail in the world is still a predatory and abusive institution, and the vast majority of inmates incarcerated long-term in county jails are there due to an inability to afford bail, escape poverty, or access social services,” said Chrissy Stonebraker-Martinez from the Cuyahoga County Jail Coalition. “A cottage industry of bail bonds has risen up to prey upon the desperation of these individuals and posts record profits every year. It is for this reason that cash bail must be abolished entirely.”

“The last two people who died in jail had experienced homelessness and these deaths at the county jail cannot become routine.” said Chris Knestrick from the Northeast Ohio Coalition for the Homeless. “Like the lives lost through police murder, mass shootings, and the covid pandemic, these are not isolated instances. They are symptoms of the deep systemic rot that places property and profit above human life and human dignity.”

We call on our community, elected officials, and non-profit organizations to honor those whose lives were cut short by demanding justice and accountability. The victims of the Cuyahoga County Jail should not be forgotten and black trans lives should not be erased. Join us in fighting for a fairer, freer, and more equitable justice system in Cuyahoga County.

“There is a direct correlation between the uprisings regarding racial equity and the increased public awareness about the murdering of trans people,” said Ellie Turan, the Director of Development at the LGBT Community Center of Greater Cleveland. “The time we are living in is creating a spark that's causing people to see the murders of our trans neighbors as a major problem.”

We will honor their lives prior to the moment they were ended at the Cuyahoga County Jail. We ask our community to join us in saying their names: Theodore Carter. Allan Martin. Gomez Roman. Randall Kain. Larry Johnson. Brenden Kiekisz. Nicholas Colbert. Joseph Arquillo. Esteban Parra. Gregory Fox. Michael Wormick. Lea Daye. 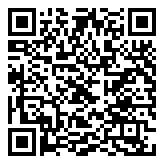