Verónica's body was found with several stab wounds in the Tinatala neighborhood of Bogotá.

The number of trans women murdered in the country continues to rise. Luiza, Alejandra, Brandy, Eilyn and Shantall, are some of the names of the 32 victims left by 2020, according to the count carried out by the Trans Community Network.

This January 28, a new name joins the list: Verónica Solano, a trans woman whose body, according to the organization, “was found lifeless and with several stab wounds in the Tintala neighborhood”, in the town of Kennedy, Bogota.

The crime was revealed by the Trans Community Network via their social network accounts, in which they stated that Verónica “was stabbed to death ... her body shows that there was pain, suffering, prejudice, hatred, sanction for her construction identity, and demands from us truth, justice, reparation and non-repetition”.

This is the second case of murder of trans women known this year.The first was registered on January 2 and the victim was Samantha, a trans woman who was shot and killed in Mariquita, Tolima. 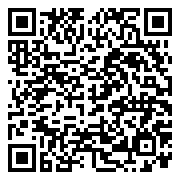