Patricio and his partner Gonzalo Faustino Potrero Báez were both killed by a group of strangers when they went out to buy food. The identity of their killers is unknown.

From the age of 13 Gonzalo Faustino Potrero Báez decided that he would dedicate himself to the fashion industry, with effort his work paid off and he established a business, but his dream was frustrated as he was beaten to death; her partner was also attacked and is at risk. This is one of the most recent attacks against the Lesbian, Gay, Bisexual, Transsexual and Intersex (LGBTI) community in Puebla , but every month there are more than 20.

Attacks against people of sexual diversity are a constant in the entity, because per month the Association for the Protection of Sexual Plurality and Human Rights (APPS) receives more than 20 complaints, which vary in the level of aggression, but can go from threats to murder.

The victim's sister told a press conference on Tuesday that her 41-year-old brother was engaged in sewing with his partner, Patricio Bolaños, in La Resurrección, an outlying area of Puebla. Sometimes the work was so much that they had to work late into the night.

On the night of July 26, the couple left their home to buy food in the Cerro del Marqués neighborhood . The two were attacked with a stick, but Gonzalo Faustino Potrero's injuries were so serious that he died at the scene.

Patricio Bolaños was also attacked, but despite the injuries he had the strength to go to the house of his partner's parents to tell them what had happened. It was at 3:00 in the morning that they found his body. 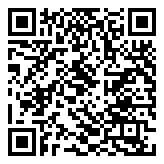