The victim died by suicide. According to his friends he was planning to come out to his parents soon.

A young trans high school student killed himself by jumping from the third floor of his school in Le Mans. Aged 15, he had planned according to his friends to come out soon with his parents.

New drama in LGBTQI+ youth. This Friday, May 13, a 15-year-old trans high school student ended his life by jumping from the third floor of his establishment in Le Mans, in the Sarthe, reports France 3 Pays de la Loire.

It was in the morning, during the 10 a.m. break, that this tragedy took place. "He had a French class for 2 hours and during the intercourse he went to get some fresh air on a balcony and he tried to jump. One of his classmates tried to catch him but failed to retain him," a high school student told local media.

It was the teenager's classmates who told journalists at the scene about his transidentity. "He told us not long ago that he wanted to come out to his parents. His stepfather didn't look very cheerful, but he seemed to be happy to tell his mother. He was like, 'It's cool I think she's going to take it,'" said a friend of the victim. "He told us he wasn't doing very well. However, a few days later I see him smiling, making jokes. I didn't think it would happen," adds another high school student.

A psychological cell was opened in the high school where classes were suspended for the day. "The entire educational community is in mourning. We assure all our support to the parents, the students of the class as well as all the staff of the high school," said Mathias Bouvier, the director of the departmental services of education (DASEN), at a press conference reported by Ouest France, obviously not aware of the transidentity of the student than the newspaper genders to the feminine. The local daily also reports that the mayor of Le Mans, Stéphane Le Foll, reacted by saying "joins the grief of the family and his relatives, as well as that of the teachers of the high school".

This tragedy is a reminder once again that the suicide rate is much higher among LGBTQI+ youth than in the average population. Last October Dinah Gonthier, 14, was found by her mother hanged in her room after several years of school bullying. 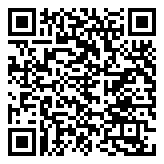