TDoR period:
From Date:
To Date:

Asuani was shot by a group of men just outside her home in Chilapa de Álvarez. She died at the scene.

Asuani had won beauty contests and was an activist, performer, stylist and acclaimed designer - she was apparently the first designer in Guerrero to adapt the region's handmade embroidery designs to haute couture fashion. Local media reported that her designs were so popular that they were even worn by women from the world of politics and entertainment. 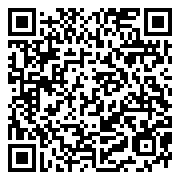 Eli was beaten unconscious by a 15 year old on 12th August. She was taken to hospital but lapsed into a coma and died on 22nd September without regaining consciousness.

The minor was charged with homicide and robbery with violence. In April 2019 they were sentenced six years of therapeutic detention and three years of supervised release.

The Rainbow ATC association has called a concentration of rejection and in defense of the rights of the LGTBI collective on October 20 in Valladolid. "What happened has no justification whatsoever and I hope it is the last aggression against a transsexual person that occurs in our city (...) Many people in our association are frightened because this aggression, although it is the most serious, is not the only one that has taken place lately in Valladolid", has expressed their spokesman, Lunara Santamaría.

ATC Rainbow does not doubt at any time about the transphobic component of the aggression beyond the theft of the mobile phone. On her Twitter they published: " Ely was beaten to death, dressed as a woman since she was known for her gender expression as Ely ".

"There is no doubt that it was due to transphobia, " says Mar Cambrollé, president of the Trans collective. From the platform they ask for legal protection of the right to self-determination of sexual identity and gender expression. This law was registered on February 23 by the Unidos Podemos party in Congress, but has not yet been enacted. 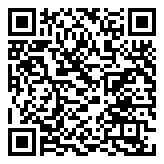 A young trans boy is reported to have taken his own life somewhere in the UK on 22nd September. Unless the family make a statement we may never know anything more.

We do know that there will have been others this year. All we can do is light a candle for them all, and fight like hell for every trans kid out there. They need us.

My heart has broken just a little bit, as I hear of a young trans boy who took his own life last night.

I will hold my son a little tighter tonight and tell him I love him for who he is!

Dévora was beaten to death in Barrio San Pedrito. Her body was then wrapped in a sack and tied to a minibus.

Jayden died by suicide. He was on a waiting list for an NHS Gender Identity Clinic and was struggling with the delays involved.

A transgender Cambridgeshire teenager took his own life after delays accessing gender affirming treatment on the NHS, a coroner's court heard today (March 29).

Jayden Lowe's death on September 22, 2018, followed the recent breakdown of a relationship he kept hidden from his parents.

The aspiring art student, of Meldreth, was born [deadname], but told doctors when he was 16 he knew from an early age he was a boy and changed his name by deed poll at the age of 17. Despite support offered by his local GP, an inquest heard how he struggled to get help to transition on the NHS and resorted to buying hormone replacement treatment online.

His mother Claire Lowe said her son had told to her about a month before his death, he had to be referred to an adult clinic because he was turning 18.

This meant an additional two-year wait for treatment, the coroner's court heard.

Mother Claire said Jayden told her: "I can't carry on living like this."

She said: "That's why we allowed him to go online to seek his solution. We backed him because he was desperate. He was just living for the day he would just be a proper boy". She also recalled how Jayden told her: "You don't deserve a trans kid, it's not fair," and she had reassured him: "We don't want another kid."

She said: "He thought it was unreasonable he had to live half girl, half boy. Since he started taking the testosterone we thought that things were looking up but that was maybe too little, too late."

In a statement, a specialist in gender reassignment, who Jayden had a consultation with, noted the one transition clinic in London's Tavistock Square had "extensive waiting lists, not in accordance with the NHS constitution". He said Jayden had been on a child and adolescent waiting list for 11 months but because he was turning 18 was not eligible and would have to wait an additional two years to be seen in an adult clinic.

In a statement Jayden's father Neil Lowe, recalled how his son had good grades in all his studies, was doing A-Levels, and wanted to go on to study History of Art at Oxford University. He said from an early age Jayden wanted to be known as 'Jess' and the family were aware he was transgender. However, long waiting lists for NHS reassignment treatment had forced the teen to "give up" and order male hormone treatment online. He said: "Jayden has started taking these very recently before his death."

Jayden's death was not recorded on the official TDoR 2018 list released by Transgender Europe (TGEU).