Brian was shot in the head with an automatic rifle.

Brian McGlothin, dressed in women's clothes, was shot in the head with an automatic rifle two days before Christmas.

His body was found in the rear yard of a house in the 2700 block of Ruberg Avenue. Antonio Williams, who accepted a Monday plea deal that allowed him to escape a murder trial and a potential life sentence, was sent to prison for six years for the killing, but Williams continued to deny he killed McGlothin. 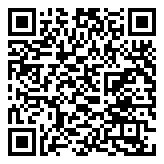